How to think about shopping experiences in a non-binary world 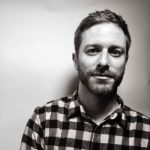 Walk into basically any clothing store and you’ll find the men’s section on one side and women’s on another.

It’s an entirely familiar experience – but does the familiar make sense for tomorrow’s shopper?

When clothing stores opened a few hundred years ago, we operated in a mostly binary world. Men wore men’s clothes; women wore women’s clothes. The lines blur with each passing decade, but layouts of mainstream clothing stores remain binary to this day. They continue to reflect the labels that most people use to identify themselves.

The distinctions also help with wayfinding.

Regardless of how you identify, if you’re looking for men’s jeans, head to your left.

Need a dress? To your right.

Giving shoppers the confidence to find an item leads to a higher rate of conversion.

It’s no different online. The drop-down menu gives you two options: men or women. A unisex option that’s “inclusive” often excludes everything from both sections and instead feels like a random collection of hats, long sleeve shirts, and tote bags.

It’s a little murky right now in the world of apparel as brands look for ways to create a more inclusive in-store experience. The pandemic only complicates matters, of course, but the blurring of lines is a great sign that change is happening.

When clothing is organized by gender, shops are hiding half of their inventory from half the population.

What non-binary users want in a shopping experience

Gen Z-ers are the next generation of shoppers with a disposable income, and according to a February 2021 Gallup poll, 1 in 6 Gen Z adults identify as LGBTQ+.

Tuesday Denekas, 17, lives in California and identifies as non-binary or trans, and subsequently prefers they/them pronouns. They’re in a band, The Inflorescence, and work as a server at a chain restaurant.

Instead, Denekas wants sectionless shopping, a shopping experience where gender does not dictate where you navigate.

“The best thing a brand can do is not categorize,” they added. “It would be the opposite of progress for a brand to introduce a they/them category of clothing. It would be a patch.”

Alli Rowenna, 27, is a designer based in Seattle, Washington. Like Denekas, Rowenna identifies as non-binary and prefers they/them pronouns.

“Brands say they’re genderless, but the men’s section is basically suits or typical menswear,” Rowenna said. “They’re not reimagining the boundaries of clothes.”

Rowenna and Denekas are part of a growing segment of shoppers who make decisions based on personal values instead of focusing only on things like aesthetics or texture. Gen Z, which is anyone born between 1997 and 2012, surpassed 2.5 billion people globally in 2020. According to a report from McKinsey, 9 out of 10 Gen Z-ers believe a brand has the responsibility to address social issues.

Gen Z is also more likely to “closely examine the level of continuity across campaigns and the nature of [a brand’s] strategic and operational decisions, as well as their tone.”

The study underscores the need for brands to not only be more inclusive but also to be consistent with an omnichannel approach.

Brands are expected to practice what they preach now more than ever. An example of NOT doing this is Primark, a fashion apparel company criticized in 2018 for producing a line of Pride-themed t-shirts in Turkey – a country that ranked third-worst in Europe for LGBTQ+ rights.

So how do you still design effective information architecture for shopping experiences when gender is removed from the equation?

Ryan Porter, a senior product designer with BASIC (part of Dept), gave his thoughts on the prospect.

“Brands have been exploring ways to add better tools for finding the right size and fit, but now it’s as important as ever to cater to a new generation of shoppers,” Porter says. “For example, brands could do a full-body scan in-store and curate a gallery of everything that fits – men’s and women’s. Especially with VR and AR now. It needs to be about body type. That’s where brands are going to have to drive towards. It’s no longer just about gender.”

GAP recently launched a “dressing room” app that allows you to try on clothes without physically being at its store – allowing anyone to explore how apparel from different genders looks on their own body and in the comfort of their own home.

ASOS introduced something similar, and beauty stores have augmented reality mirrors that let you try on makeup without actually applying it to your face, similar to how you’d use a Snapchat filter.

These examples are focused on convenience, but the idea is this: innovation online should carry over to the in-store experience and help to reimagine a non-binary layout – that’s still easy for shoppers to navigate.

“There’s a huge push to have that in-store experience be really curated, and inspiring,” Schmitt mentioned. “Because of the pandemic, we’re seeing a rise in the number of shoppers who learned different digital shopping tools and technologies online, and now they expect these conveniences in-store.”

The brand partnered with Lee® to create a collection of jeans, jackets, shirts, and overalls with an androgynous aesthetic.

“There’s something for everyone in the Lee x Pendleton collection,” reads Pendleton’s website. Schmitt said Pendleton is considering a non-binary collection in the future. In 2011, the brand also released The Portland Collection, which was made with an eye for unisex appeal.

Brands could also take a cue by looking to the past. Vintage thrift stores often display clothes based on color or size, not gender. Beyond the opportunity for bargain hunting, they appeal to Denekas, Rowenna and other Gen Z-ers because the layouts aren’t built around rigid ideals of gender.

In fall 2020, Marc Jacobs introduced a polysexual collection of clothing. According to this CNBC report, the designer described it as a line for “girls who are boys and boys who are girls [and] those who are neither.”

Although high fashion and couture may not be for the masses, it’s usually where shifts begin in how we think about apparel. Look no further than the late Virgil Abloh, who democratized high fashion by bringing it to more accessible brands, such as Nike and Ikea.

In fall 2021, PacSun introduced The Colour Range, a collection of “hand-picked styles curated without a specific gender in mind.” From Stella McCartney to Gucci, companies have introduced product lines that show a supposed commitment to a more inclusive shopping experience. Clothing brand Telfar has a simple motto: “It’s not for you. It’s for everyone.”

The Phluid Project launched in 2018 as a gender-free apparel store in New York City and online; there’s virtually no mention of “man” or “woman” on its site and it’s perhaps a preview of the future of information architecture for shopping. The Phluid Project’s mission is to be a platform for kids and young adults who feel voiceless.

“We strive to amplify the rising voice of today’s youth, which rejects binary gender norms, and favors an inclusive world that allows individuals to wear what makes them feel good—that is, what best reflects who they really are inside,” reads their mission statement online.

The idea is nothing new that stores display products based on local shoppers’ demographics. As Porter points out, no two Target layouts are the same. Some lead with clothing, others with food or over-the-counter drugs. It’s based on the needs of the locals.

They rarely depart from the binary store layout, despite a history of society challenging gender norms. Eliminating gendered sections would be innovative if adopted by mainstream retailers and could prove to be a worthwhile investment as the LGBTQ+ community grows.

The opportunity for non-binary shopping experiences

When clothing is organized by gender, shops are hiding half of their inventory from half of the population.

They’re deciding which items shoppers should browse and how one’s identity should be expressed. Non-binary shopping could lead to a boost in sales as more people discover apparel that they may not have otherwise found – and perhaps in the process discover a fuller understanding of their own identity.

A new layout could make it more difficult to find clothes, but at least the brand isn’t placing labels or making assumptions. Removing gendered sections today could help companies closely align with their customers’ values – and for tomorrow’s shoppers, that means everything.

Retailers and brands should be looking at gender-fluid apparel as an opportunity. It absolutely can’t be ignored. It will definitely impact the fashion trends of the future. The retailers and brands that are doing it now are really going to be ahead of the curve.