The big move: from on-premise to the cloud 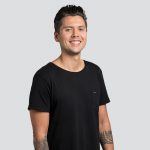 Before the rise of the cloud, many companies – if not all– had to store their digital assets and resources in a physical location. But storing your data in a physical data centre, also known as on-premise, isn’t without its pitfalls. Companies have to be hyper-aware of the management and maintenance of their servers, software licenses, systems administration, and so on. Not to mention the need for on-site support to address any issue that may arise (God forbid there’s a break-down). Luckily things have changed, and this somewhat archaic solution is no longer your only bet. With the promise of newfound scalability, accessibility, and stability, many companies have made their transition to the cloud. Here’s why.

Before we take a deep dive into the benefits of cloud migration, it’s important to understand what cloud migration entails. On paper, it’s quite simple: cloud migration means moving all (or a part) of your data assets from an on-premises location to a cloud-provided service, such as Amazon Web Services (AWS), Google Cloud or Microsoft Azure. Easy right? Well, the hard part comes in when thinking of the infrastructure, installation, and project management of it all. The bigger the IT infrastructure, the more complex a cloud migration will be.

So why go through all this trouble? Well, cloud migration can have many benefits to a company. This is why in recent years, so many of them have already chosen to make the transition. A few key benefits of cloud migration include:

On-premise environments are known to run up the bill quite a bit, especially when compared to a cloud-based environment. When calculating costs for an on-premise environment, there are many factors to be considered, such as power consumption, hardware maintenance, on-site IT employees, and even the rent of space – all of which are ongoing. Looking at a cloud environment, all of this is hosted by a third-party provider and uses pay-per-use pricing, which gives a clear overview of all costs.

When operating from the cloud, there’s no worrying about hardware maintenance or any other solutions you might have. Whereas with on-prem, the responsibility to uphold all of your services, hardware and related processes lie within the company itself. Maintenance for IaaS (Infrastructure-As-A-Service) is simple – monthly patches do the trick, keeping things up and running without too much hassle.

Need a new component? Sure thing. In the cloud, you can upscale your server in the blink of an eye, whereas with standard on-prem operations, you’d have to order a new server and wait for its arrival. Not to mention the implementation. When working with a third-party cloud provider, all of this is taken care of, and companies can quickly scale up or down depending on the company’s usage and growth.

A cloud environment facilitates remote management of an IT infrastructure without the risk of a physical security breach. Companies can even give access to their servers to one of their partners – a key factor in optimising workflow and collaboration between teams. And, on the off chance something does go wrong, the cloud automatically generates audit logs day-in-day-out,  allowing for mishaps to quickly be backtracked.

Let’s look at a recent cloud migration project Dept performed for Jumbo and see the cloud in action. The large supermarket chain has been around for quite some time now (38 years to be exact) and, until recently, stored all of its data capabilities in an on-premise location run by an external party, Schuberg Philis. The majority of their servers were becoming obsolete, so Jumbo had no choice but to migrate. Luckily, this is something they already had on their radar, but a move of such magnitude is an extensive project and requires the necessary preparations. Therefore, Jumbo decided to take it one step at a time.

In short, during this project Dept had to move the current Adobe Experience Manager (AEM) on-premise installation to the cloud. Together with Jumbo, Dept chose Amazon Web Services (AWS) as their go-to cloud provider. AWS will make it possible for Jumbo to continue scaling its operations in the future.

To ensure that Jumbo would become fully independent from third-party contractors, everything was set up in their own AWS environment. This will allow the Jumbo team to maintain and uphold the cloud environment once the management has been fully phased back to them, as it is currently still in the hands of the Dept-team. Both teams of Jumbo and Dept worked closely together on this project to ensure a smooth migration towards the cloud, and with success. Finishing this project was a milestone for Jumbo, as they’re now able to migrate the remainder of their data capabilities to a cloud environment. Plus, they now benefit from a (close to) zero maintenance cloud environment, in which updates are automatically generated and installed from infra scripts for maximum security.

Moving your data capabilities to the cloud isn’t done at the flick of a switch, so to ensure proper implementation and smooth transition, we made use of a variety of tools in our technological shed. To give a glimpse of what this entails, we’ll highlight a few:

Amazon Elastic Compute Cloud (EC2): is a web service that facilitates compute capacity in the cloud, also known as the servers. Hidden behind a firewall and not directly connected to the internet, these servers can be kept off the grid, making them harder to breach. Jumbo remains in full control of who gets access to these servers.

Terraform: the software used to build the infrastructure required, also known as Infrastructure As Code (IAC). Terraform controls everything connected to the cloud provider AWS.

Ansible: software that allows you to programmatically enter all of your settings. Once the program is run on the server, it ensures that everything is set-up just the way you want it.

Azure DevOps: with every change that’s made, AzureDevOps ensures that it’s rolled out exactly the same across the entire infrastructure. This allows internal developers to make small changes and execute them themselves.

Datadog: a SaaS solution that’s used for monitoring. Datadog is a great tool for signalling any issues that may arise, but can on the other hand also be used for performance monitoring.

Splunk: a tool that ensures developers can spit through logging files, without actually entering the servers.

Elastic File System (EFS): an automatic file saver that makes sure, should something ever go down, all your files will be stored in a secondary location and will still be available to you.

Move deeper into the digital age

We’re rapidly moving deeper into the digital age and it’s becoming increasingly clear that cloud environments are the next step in long-term digital strategies. That’s why Dept adheres to a cloud-first strategy, with the ambition to facilitate cloud migrations for all those that are currently solely operating from an on-premise environment.

Heading forward with the ‘big move’ can be complex but the many benefits are worth the effort. Time to ensure your company is fully future proof, without ever losing access to servers and having the opportunity to scale up and down as you see fit.

Interested in gaining more information about migration and how Dept can facilitate it? Let’s connect.

Is Google Analytics coming to an end?

How to raise the game of B2B commerce

Why experimentation is the secret sauce of optimal experiences

Optimising the Future: A view from the top