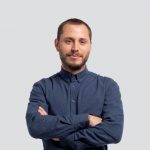 Imagine it’s March 2019 and somebody suggests that the world would continue even if all people worked from home and only communicated at a distance. If entire schools and universities went online. If concerts were held in the guitarist’s living room and streamed into people’s homes. Outrageous, isn’t it? Imagine a list of all the counter-arguments the 2019-version of yourself would have come up with to explain why this would never work, not in a million years.

Twelve months later, in March 2020, everything has changed. In a matter of weeks, things have gotten weird and scary and possible. We are currently witnessing the global spread of COVID-19, a potentially deadly virus that is threatening to kill some of the weakest members of our societies, overburden our medical infrastructure and have a devastating impact on the economic status quo. People are scared of an uncertain future. But people are also showing an immense wave of adaptiveness, humanity and solidarity to make it through these complicated times.

By fast-forwarding social, political and technological developments* the Corona-Crisis is increasing the pressure on people, businesses and organisations to reinvent what they do. And a surprising amount of them will transform faster and more thoroughly than ever seen before. But there are also those who were already overwhelmed by the rate of change in the Pre-Corona era. These people, businesses and organizations will be hit the hardest. Obviously, a crisis of this magnitude will not go by without casualties. The key question is whether we understand that our (economical) survival depends on our ability to develop a positive outlook on the future and adapt to whatever the Post-Corona world will look like. That is the imperative of the present: we must seize the opportunity to re-think the status quo and build a better tomorrow.

The path to the next normal will consist of short-term- as well as mid- and long-term measures. In the short term, people, businesses and organizations must preserve at least some ability to act. By ensuring short-term business-continuity they protect the foundation for building a new world. This is what happened at our agency over the past few weeks: we kept DEPT® up and running by fully digitising our status quo. By turning meetings into video calls. By virtually pitching to potential clients. By inventing and establishing remote versions of our key services. Most importantly, we managed to keep the human side of DEPT® intact. The culture of togetherness and solidarity and friendship that lived on in lunch, after work, and beer-hangouts. People were pitching in. People were listening. People were there for each other. We kept each other safe and sane and happy. These accomplishments have changed this agency for the better. They have made DEPT® more flexible, more efficient, more resilient.

Understandably, most people, businesses and organizations are currently focussing on their short-term survival and have little capacity left to think about mid- and long-term measures. But luckily there are trend researchers and analysts who have started to make sense of the big picture. Over the past few days, we have seen an increasing amount of voices that called for a positive long-term view on the Corona-Crisis and its potential to mend some of the issues of the Pre-Corona-Status Quo. Matthias Horx, a future- and trends-analyst at Zukunftsinstitut, puts it like this: “Maybe this virus is a messenger from the future, its drastic message being: the civilisations humanity has built have become too dense, too fast, overheated. They have rushed in a direction that does not bear a future. But civilisations can reinvent themselves. Reset their systems. Cool down. Play music on balconies. This is how we build our future.”

Yes, the status quo is in serious jeopardy. The changes brought about by the Corona-Crisis will most likely disrupt it irreversibly. What can we do to make these changes bearable? For one thing, we should acknowledge that there are many positive developments we could start building upon. In the midst of all the craziness, we see a renaissance of science in the public sphere. We see the failing and consequently the decline of populism. We see people going back to spending time together, as families, as friends, within their homes or remote. We see an adorable amount of improvisation to maintain our routines. We see pressing social issues being put back on the agenda, from the gender pay gap to the understaffing and undervaluing of caretakers and other low-income groups. We see a decline in environmental pollution that gives our planet a chance to catch a breath.

We must act now

The time to shape the Post-Corona world is now. After all, the measures that are currently being taken on a personal, business-, national and global level are already setting the precedents for our new lives. Plus, the window for positive change is closing. When the novelty of hangout parties and free concerts in live streams starts to wear off. When the clapping for hospital staff on balconies draws less and less people without leading to actual changes. Even the Zukunftsinstitut lists Matthias Horx‘s text (as quoted above) as only one out of four different scenarios, with the other three painting a somewhat darker picture of the future. A lot depends on the next few days and weeks. On how harsh the shutdown of public life, the short-term consequences for the economy and the long-term impact on the world we knew will turn out to be.

Are you ready to build the post-corona world?

Whether the future holds a slightly better version of the old status quo or whether we need to find our way through an all-new shut-in economy – let us imagine and build the Post-Corona world together.

Here is what you can do to help: adopt a mindset that enables you to drive positive change.

* Many of the sources linked in this article are written in German. We apologize to our international readers for the inconvenience.

Fashion’s next normal: stories over products, content over ads and purpose over promotion