Winning the war for tech talent with culture 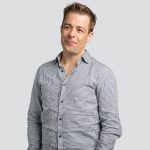 Every organisation wants to grow and accelerate digitally. The question often asked at C-level is: how can we move faster? Technology and the market are not so much the problem, it’s the shortage of talent. Although the term the war for talent stems from 1997, it has never been more relevant as of today. The underlying crux: it’s a shortage of the right culture to attract talent.

Pandemics have proven to have a lasting impact on the appreciation of labour. The infamous black plague ended serfdom, and the Spanish Flu led to higher salaries. Now, currently in the US, Covid-19 resulted in The Great Resignation, in which employees resign their jobs en masse. November 2021 saw a record-breaking 4.5 million people walking off the job, and presently, also the CEOs are joining in. According to Microsoft’s 2021 Work Trends Index, over 40% of employees are considering changing their job.

Especially people with in-demand tech skills can cherry-pick the best possible job out there. CodinGame’s developer survey found that 61% of HR professionals say their biggest recruitment challenge of 2021 is finding qualified developers. And it’s not just the coders. In Europe, the EU found that while more than 90% of professional roles require a basic level of digital knowledge, 37% of Europeans in the workforce lack basic digital skills.

Whatever your business goals for the year will be, your strategy to get there will generally fit into one of three main categories: Build, Buy or Partner. The considerations surrounding these strategic decisions are:

Partnering is the leading choice when a company wants to build but doesn’t have the capacity to do so. Eventually, companies prefer to build their own digital teams since this provides them with the most control and profit. The foremost challenge lies in attracting the right people, for which competition comes from the big and the small.

Competing with big and small

Traditionally, Big Tech companies and pure online players have always been hungry for tech talent in the market. For example, Facebook announced it would hire an additional 10,000 product and engineering staff members and Amazon plans to hire 55,000 tech people for global corporate and technology roles. The grass may seem greener at these Big Tech companies where the salaries are generally bigger, but these companies also expect their developers to make 50 to 60-hours work weeks. And although big brands help build an impressive resume, inside the company, developers find themselves to be a small cog in a giant machine. There is little to no direct impact on the final product or the direction of the company.

More appealing to developers is when their friends ask them to join an exciting new startup. They’ll work in small teams, create something completely new and often fulfil several roles. In Europe alone, venture capitals funded $113.7 billion in 2021, compared to $48.4 billion in 2020. A total of 78 European start-ups managed to reach unicorn status this year. Every start-up cries out for tech talent, but the well-funded start-ups can compete for the brightest and best talent with bigger salaries. According to AdvancedHR, the pay for European start-up employees in tech roles nearly jumped 60% amid the war for tech talent. But start-ups also have their drawbacks: it’s not just a job, it’s a mission. There is tremendous pressure to deliver since the work affects the entire team and company. The failure rate of start-ups is around 90%, while the work-life balance can be tenuous, with benefits limited early on.

The one thing that Big Tech and start-ups have trouble offering? The ability to make a true impact. This gives traditional companies a competitive edge in the job market. So, when building your tech teams, be sure to align team goals with the overarching business goals. Building towards a common goal is a key motivator, according to Professor Dan Ariely in his TED talk What makes us feel good about our work?. As Steve Jobs once said: “We’re here to put a dent in the universe.”