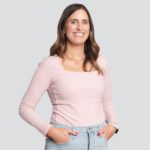 Back in November, Lagunitas made its “Disco De Quintal” EP available on digital platforms. The EP, conceived by Lagunitas, features six exclusive songs from important names in the Brazilian indie music scene and was recorded in the backyard of a house in Sao Paulo. Now, Lagunitas is celebrating the way its EP was created, but this time in a digital space.

Partnering with Byte (part of Dept), they have minted NFTs representing the quintessential elements of a traditional backyard. Available from OpenSea on the Ethereum platform at https://nft.lagunitas.com.br/, the NFTs feature incredible 3D renders of the backyard, each with a distinctive Lagunitas touch. Additionally, since the legendary taste of a Lagunitas beer can only be enjoyed in the real world, each NFT purchased will unlock exclusive gifts for consumers, including an iconic mason jar and an exclusive “Disco de Quintal” vinyl.

All of the proceeds from the Lagunitas NFT auction will go to an NGO that supports animal causes in Brazil.

The project reinforces and values projects borne in home environments, just like many beers. It is providing a new experience for consumers who enjoy exploring disruptive universes, just like Lagunitas.

What to do now that Google Optimize is sunsetting