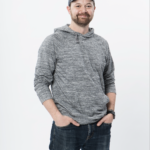 As promised, we thought we would share some of the in-depth answers to the many questions that came up during our DEPT® Talks Trends on January 27th.

What do you mean decentralised? These are highly centralised companies that own their users’ data, with centralised servers?

In terms of infrastructure, it’s primarily centralised thanks to big tech being the only cloud providers with easy global reach. Projects like Internet Computer hope to fix this, but it will take time.

In terms of capital investment, this is also true, but it’s an economic problem: lots of venture capital money, not a lot of places to invest it. An investor is looking for a massive return at once, not a little bit over a long time. To do that, you usually have to be very early, so we’ve seen Silicon Valley buy up most of the tokens and investment shares of these startup companies. As long as VC money is around, this will be true, but thankfully we have this new way to do decentralised banking with large communities, so we’ll see funding come from retail investors much more commonly in the future.

The majority of all NFT sales (in volume/revenue numbers) is still done by a tiny group of people – mostly ETH whales. How do you see this change in the next two years? And is revenue still the best metric to look at trends in this space?

This is a misconception. Dune Analytics shows that the active monthly traders on Open Sea (largest marketplace today) has increased significantly: https://share.brandonontheinternet.com/ApuxJyg4

Are NFTs compatible with sustainability/B Corp as their generation and sale use so much energy?

Don’t think about the NFT as the problem, but rather how the blockchain handles transactions. Ethereum (today) is very expensive when it comes to transactions. Blockchains like Solana, Algorand, Polygon, etc., have very cheap transactions, which is usually a good sign of the small impact. But you also have to look at the node requirements: the server that acts as a blockchain node and participates in the whole system. Those requirements can range from shallow impact (Algorand) to very high impact (Solana), and that needs to be considered if sustainability is an important metric.

Playing the devil’s advocate, the amount of energy required for you to swipe a credit card is a lot higher than people let on: those are extensive centralized networks with legacy infrastructure that costs a fortune to run and maintain.

How volatile are NFS to server shutdowns, changing domains etc.?

The beauty of storing information on decentralised systems is that they’re very resilient to attacks and outages. All you need is one computer with the ledger on it, and it can repair the entire network (not that trivial, of course).

Who makes these rules? The whole exciting thing about the internet was the freedom. It feels like we are reinventing the wheel.

Today, the rules were laid down by the early movers. They’re not written in stone; they’re just what we have today.

This technology allows anyone to easily change the rules and create their system. We’re going to reinvent a lot of wheels, but that’s because our tiny human brains have a hard time imagining up new ideas and concepts for systems that have never been created before.

Can you share some examples of cool dApps that aren’t using any centralised services (AWS etc.) like OpenSea etc, all seem to do?

OpenSea largely relies on etherium but they need somewhere to host the site itself. Today, those are the major cloud providers. In the future, we’ll have decentralized alternatives to these big tech options. But it’s good to understand that these websites, mobile apps, etc. are just interfaces so that we can interact with the blockchain more easily. Having the interface on centralised infrastructure doesn’t impact the data being stored on the blockchain.

Are ‘we’ ‘owning’ the web3 and is it really decentralized or are the bigger silicon vc’s/lp’s do, like prof Scott galloway and Dorsey say?

Damn, why is this such a big surprise/concern to people? I addressed this in the comments above but I’m just perplexed by why this is so important at this early stage in crypto.

Is it sustainably responsible to channel so much energy on NFTs etc if it is not yet sustainable., and still wild west era? What are the positive potentials of NFTs when it is sustainable?

You could say this about the entire city of Las Vegas. Literally, most of the cities on the planet are not sustainable, especially with resources like energy and water. Is it responsible? No. But I think history has shown that making something sustainable means you have to make something in the first place, and then make it better. And here we are.

Can we accept the reality that almost nothing about our current social or economic structures are decentralized and, in fact, we tend to drift back to centralization. That’s what happened with Web 2.0. A new technology creates the possibility but that is far from ensuring any kind of success. For example, we’ve had the technology for much more widespread electric power systems for cars/homes for more than 50 years and yet we are still almost nowhere in terms of change.

Electricity is a commodity and there are also large lobbying efforts (at least in the USA) that prevent growth of core infrastructure, but that’s a political debate for another time.

We definitely do drift toward centralization. I would guess most people feel that an entirely decentralized company (a DAO) is probably a bad thing. We like to have trusted parties, people who know this stuff so we don’t have to. That said, as customers and members of these communities, we all deserve more of a voice and a say. And that’s what this blockchain tech offers: a way to involve far more people in the conversation. But we can do it quickly, securely and transparently thanks to these new tools.

How much of the benefits of decentralization do we lose if most everyone interacts with centralized services?

From a tech infrastructure perspective, the biggest risk is security. The more decentralized the more resilient the network is to attack and bad actors. Today, these not-so-decentralized networks incentive good behavior by making those running these services put up a lot of money and risk losing it if they act out of line.

When it comes to owning an NFT or what have you, the rule is simple: not your keys, not your crypto. If someone else is holding the NFT or tokens in a wallet on your behalf, there’s no guarantee for the future of that wallet. Coinbase, a popular exchange, is a good example of this. You can move your crypto out into your own wallets, but they hold it for you to make it easier for the user, and users trust that Coinbase will operate those wallets in good faith and protect them. We can have both things in the future, supporting two kinds of users: people who care about that, and people who don’t.

What systems are in place for real world unlocks from NFT ownership?

Very few, and nothing streamlined today. These are problems to be solved in the space, absolutely.

What is the digital wallet you guys recommend/like the best?

There’s a digital wallet for every blockchain. But I think getting a Ledger Nano X hardware wallet is the right way to manage this stuff, it’s more secure, and it supports multiple blockchains/accounts in one tool.

What I don’t get is, usually ownership implies control. Like, if you own a house, you get to tell other people not to enter. But, what does it mean to own a jpg of a monkey when you can’t track or control who makes copies of it?

Ownership and enforcement of digital media are two different realms. We see this today with copyrighted content on YouTube being enforced by their Content ID service. The Comedian art installation (a banana duct-taped to a wall) is owned by a few galleries that have the right to display it, as well as replace the banana as needed due to rot. I can take a banana and tape it to my wall, but it doesn’t mean I own that art installation or the right to sell tickets to it or call it the real deal. The same is true for a baseball card, a Monet, or mp3s: what’s to control anyone from making copies of it?

On NFTs and hyperconnectivity – curious about how the cost of using more energy will be divided across those using it and those who can’t afford it. (thinking about the rise in energy prices when crypto miners moved to upstate nyc).

This is a super interesting problem. The easiest solution is just to raise the price of energy enough that there’s no incentive for miners. Bitcoin halves periodically, and in 2024 the reward for mining will drop from 6.25 BTC to 3.125 BTC. Halving always has an impact on the price, and thus the miners as well. In 2024, the next expected halving event, almost 97% of all bitcoin ever will been mined. And getting to 99% will be in 2032 (projected). Which means that there is less of the pie to fight over. If Bitcoin’s price rises to meteoric new highs, it will be worth it to mine for those small payoffs.

For a miner, there’s always going to be a tradeoff of cost to run the operation vs return on investment for mining. We will hit an inflection point in the next 10-15 years where the economic factors just don’t make sense and competition, and thus energy usage, among miners will drop.

How do you hyperinterconnect minds as the knowledge management tools are not really making any progress for years. 3D&VR is just the display layer. I am talking about improvements over the desktop and app ecosystem. (Isn’t it ironic that you choose a desktop theme today?!)

The file can be hosted on decentralized file systems as well (IPFS, Filecoin, Sia, etc), but it’s often pointed to because it’s a lot of data to store. Blockchains need to be light and fast to be usable and decentralized, which means we’re limited to how much we can store on-chain. It’s doable, but would be very expensive to store large assets directly on most layer-1 solutions we have today.

Director of Web3 at DEPT®