Largest digital design festival will take over screens for 24 hrs 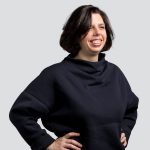 On October 6, 2022, Studio Dumbar (part of Dept) will launch the second edition of the Design in Motion Festival (DEMO), the largest motion design festival in the world and the largest open-air exhibition at the same time.

For 24 hours, over 5,000 digital screens across the Netherlands will broadcast the best motion designs from across the world. Digital Out-of-Home operators Exterion Media, JCDecaux, CS Digital Media, RET, Hillenaar Outdoor, Schiphol Media, Ocean Outdoor, blowUP media, Clear Channel, Adtrackmedia and NS Stations are participating in this unique initiative, and have collectively agreed 24 hours of ad-free space for the festival. The best moving designs will be visible on thousands of digital screens at metro and train stations, shopping centers, Schiphol, Eindhoven Airport and Rotterdam The Hague Airport, on billboards along the highways, in car parks and in major cities.

DEMO includes progressive motion design work from both established names in the industry and up-and-coming talent. In April, an open call will be sent out internationally for submissions, and the best work will be selected by a team of curators chaired by Liza Enebeis, creative director of Studio Dumbar (part of Dept): “DEMO is not only a new kind of design festival, but it is also transforming the whole country into one large, living exhibition.”

The first edition of DEMO took place in 2019 at Amsterdam Central Station, founded by Studio Dumbar (part of Dept) with Exterion Media as co-initiator, and in collaboration with NS Stations and Ocean Outdoor. The station’s 80 screens showcased 400 motion design works by 253 designers from 37 countries.

The ambition is to expand DEMO in the coming years into a festival that takes place in different places in the (digital) world in one day.