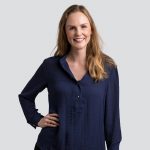 How Danish brands can leverage the launch of Amazon in Sweden

On October 27th, Amazon took its first step into the Scandinavian market by launching Amazon.se. As one of the biggest advertising players worldwide, some might say that this move is about twenty years too late. However, one shouldn’t underestimate the power of Amazon and what this launch could mean for Danish brands.

Before Amazon’s launch in Sweden, one third of Danes who shop online, and had done so within the last year, had already bought at least one item via the marketplace. This number will most likely increase. Looking at the way Amazon has entered the Swedish market shows a repeating pattern compared to the entry in for example the Netherlands eight months ago. Back then, right after the launch, users were disappointed about the offers, or lack thereof, and they experienced a site that did not look as expected. For starters, it had a lot of spelling errors. These days the Swedes are experiencing more or less the same thing. Consumers are viewing a translated site that displays products that are already available to them on other Amazon markets. Why doesn’t Amazon prepare their launches better? The answer lies in the power of data.

The strategy of Amazon

Amazon is a successful player in its field for a reason. They do not compare themselves to competitors and their strategy when entering new markets is quite interesting and unique. Amazon focuses 100% on the customer. Meaning every process is reversed as it is developed and refined based on consumer data. The global brand is completely data-driven in all that they do, and they invest a lot of resources in investigating consumer behaviour in newly entered markets. This approach enables Amazon to quickly get to know their customers after every new launch. Meaning that after a few months, the company will know what to expect and what makes Swedes tick.

It could seem like a risky business, not to investigate the market before entering it, as that is what companies would normally do. But Amazon is clearly succeeding with their approach. In fact, across every market they have entered over the last 1,5 years, they have managed to buy significant market share.

How your brand can benefit from Amazon.se

As one of the most well-known e-commerce retailers with a big seller and customer base, Amazon is one of the best places to highlight your brand’s unique value proposition. It gives you a great opportunity to build your brand awareness and reach out to new customers.

The first few months after launching in a new market is not just an important time for Amazon, it is also an important time for your business. Of course, it gives Amazon more data to work with if many local brands are present on the site from the very beginning, but your business can also benefit from the first few months after the launch. Try, for example, to search for your products in an Amazon country you have no direct business in. You might see that your entire selection is already on the site and not necessarily in the way you want it to be. In other words: the presence of your brand does not depend on your decision to join the platform, but your control of it does indeed. If you decide to stay in control and engage with the platform, you can avoid the misspellings and the wrong translations that have already been experienced on the Swedish platform so far.

There are several ways you can join the platform. For starters, it’s a great place to build brand awareness since it offers many opportunities in terms of both advertising and sales. Amazon provides endless possibilities when it comes to advertising. They can develop end-to-end campaigns, that are tailored to your target group through first-party shopping insights. This means that they will find the best and most efficient way to deliver your message to your audience on a global scale. The company also specialises in creating cross-channel advertising to catch the customers attention. This way you can easily expand your exposure and target your audience at the right time and with the perfect message.

Amazon also gives you the possibility to build your own brand store on its platform. Meaning you will have your own Amazon web URL that will drive shoppers to your store via ads both on Amazon and off of it. This solution gives you full control over visual and stylistic elements while also granting you full access to analytics and insights.

Joining the marketplace with the purpose of discovering the different opportunities is also a valid strategy. It gives you control and additional insights. Brands can use the recent launch to discover the many possibilities that come with the platform and prepare for a possible launch of Amazon in Denmark. As Amazon continues to dominate the e-commerce landscape, speed is of the essence. So the sooner you join, the better.

Stay in control of your brand

With Amazon right next door, your brand will be present on the site faster than one might expect. The question in the meantime is: how much in control of your own brand do you wish to have? It is not in amazon’s interest to showcase the best side of brands. As their approach is in reverse order of normal e-commerce establishment, developing high-quality content and product descriptions falls to brands.

Based on previous launches, consumers will not take long to adapt and adopt Amazon in the Nordics as it is a handy place to search for products and read first-hand reviews. However, very quickly, as Amazon continues to expand its repertoire of items, brands not present may be forgotten about. Showing how the platform is not only about revenue but also an important branding channel

When brands consider entering the platform, their biggest argument is often about the prices. Many have the perception that Amazon is crushing prices. Because of that fear, a lot of brands chose the distribution model for the wrong reasons. Many have the perception that as soon as they join Amazon, pricing and exposure are out of their control. However, this perception is incorrect. In fact, the Amazon price is nothing but the market price within a relevant set of competitors. What’s changing now is only the level of transparency. Across other markets, retailers are often the ones driving Amazon sale prices without even recognising it.

Don’t let the simplicity fool you

The setup on Amazon seems simple and easy, and it is. It only demands a few clicks from you – and you are live. But of course, you can’t avoid giving up some of your control when you enter the platform. As a seller on the platform, it’s important not to make mistakes in this onboarding process. Whatever decision you make for your business, a great move is to consider the different opportunities and limitations it brings to your business.

We predict that Amazon.se will be updated within the next six months. By then we will see a new look, and updated features customised to the users. Amazon will by then have implemented their collected data from their users to create the perfect platform and the first stepping stone on the Nordic market.

Why you need to switch to Google Analytics 4

5 conversations every CMO & CTO should have