Elon Musk’s Twitter takeover, and what it means for brands 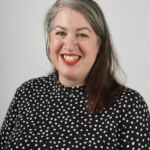 Just under 2 weeks since the first bid, the board of Twitter agreed to a $44bn takeover offer from billionaire Elon Musk.

TL;DR
Billionaire Elon Musk has bought Twitter. As an outspoken proponent of freedom of speech, Musk has frequently commented on Twitter’s moderation and the way he believes Twitter limits freedom of speech at the expense of global society. His purchase of Twitter and its move toward becoming a private company begs questions about the future direction of the platform, particularly around how it handles moderation, the distribution of disinformation, and the limitation of harm.

Musk became Twitter’s second-largest shareholder in April 2022 after buying a 9.1% stake in the company, but this was just the beginning of his bid to buy the whole company. He has partnered with Morgan Stanley, which holds the third-largest stake in Twitter with about 67 million shares, to raise $10bn for the company.

The Twitter board was initially against Elon Musk acquiring the company, rejecting his first offer, but after a busy weekend of negotiations and of shareholder activity, the company has finally reached terms to allow the sale to go through.

The question is, why does Elon Musk, the richest man in the world, want to buy Twitter? Twitter is much smaller than many other social media platforms and has often faced commercial challenges, but it has figured significantly in the news agenda and political discourse of recent years and has power and influence across global society.

Musk was asked recently at a TED conference in Vancouver why he wanted to buy Twitter and answered with “My strong, intuitive sense is that having a public platform that is maximally trusted and broadly inclusive is extremely important to the future of civilization.” Later, in a letter to Twitter’s board, he said that Twitter is “the platform for free speech around the world” but cannot achieve this “societal imperative” in its current form and “needs to be transformed as a private company”.

So, free speech seems to be a driving motivation. Musk has frequently tweeted about Twitter’s approach to moderation, labeling the platform overly censorious and complaining that moderators intervene too frequently. It is interesting that people that have been banned from Twitter in the past have not gone on to find a similar impact or audiences on other platforms. Twitter is where the influence and where the audience is.

We have to assume that Twitter is worth more than the price of its stock to Musk and that the platform is valuable to him in terms of defending free speech and giving him power in the conversations that matter in culture. Since news of the acquisition broke, Musk has spoken more about the need for authenticating all humans to defeat spambots but it is unclear how this validation might happen or what impact it might have on privacy.

Twitter has long battled with the challenge of balancing people’s freedom to say what they like with the harm that the platform can potentially do. Indeed, the regulatory environment for social media is becoming tougher. In the UK, for example, the forthcoming online safety bill requires platforms to monitor content to avoid pile-ons and other unpleasant behavior. Elon Musk is a self described “free speech absolutist” and therefore likely to oppose limitations to content or overly active moderation, but even if Twitter is privately owned it will not be immune to legislation.

What changes are we likely to see?

We can perhaps assume that over time the rules around moderation, which will be at the discretion of Musk and the people he puts in charge, will change. If a decision is made to loosen the reins on moderation, we could see an uptick in the kind of hate speech and disinformation (QAnon, false election claims, false vaccine information) that Twitter currently works to remove from the platform. This would potentially increase the volatility of the Twitter landscape.

Elon Musk has frequently been an agent of chaos in social media; his comments on Twitter have been provocative, and of course, his controversial tweeting around cryptocurrencies and the resulting impact on their price has caused some concern in the crypto community.

We are unlikely to see immediate changes as there will be a regulatory process to complete, but we anticipate there being indications of the impact that the change in ownership will have on Twitter. Right now we are keeping an eye on what happens with the sale and the changes it makes to the Twitter environment for users and for advertisers.

Regardless, this situation highlights the power that Twitter as a platform has, and raises questions about how that power might be used in the future.