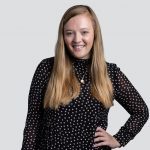 The video application TikTok is currently unavoidable, in particular, when it comes to targeting Generation Z. At the moment there seems to be no way for advertisers and marketers to bypass this platform. But what is it exactly and what advertising opportunities does it offer companies and agencies?

TikTok was founded in 2017 after its parent company, Bytedance, took over the $800 million online karaoke platform Musical.ly and merged it with its predecessor, Douyin. It currently has over 680 million monthly users globally and is the fourth most downloaded app globally as of 2018, surpassing Instagram and Snapchat. The app itself allows users to film videos of themselves lip-synching or acting out comedy sketches of up to fifteen seconds. Next, the user can choose from a database of songs and visual effects which include Augmented Reality (AR) filters to further customise their video before publishing it. Thanks to the playful and creative approach of the platform, it’s most popular amongst young adults aged 16 to 24. Because of the large numbers of users who can otherwise be difficult to reach, companies and agencies should not ignore TikTok when it comes to advertising strategies.

What are the options within TikTok advertising?

Currently, TikTok’s commercial platform is only available in beta mode for select companies. However, the self-serve ads will be accessible to all shortly. When this happens, companies will have six options to choose from:

As a user you can launch a ‘hashtag challenge’; you do so by creating a video, choosing a song to accompany that video, and then you challenge users to add their own individual touch to the most popular hashtag challenges by recording themselves dancing to popular songs and editing their videos to often hilarious effect. Brands can also offer their own hashtag challenges, but if they choose to offer an organic one, they run the risk of it not going viral. Thus, the app offers brands the possibility to sponsor their challenges. This means that the brand’s challenge is placed on the discovery page for six days, providing the opportunity for maximum reach and engagement.

A brand takeover is a full-screen ad which is displayed when the user first opens Tik Tok. It’s either a three-second image or a three to five-second GIF. The ad can be linked to a brand’s landing page or a Hashtag Challenge within TikTok. These takeovers are exclusive to different categories each day – so only one specific brand can take over a category each day. By using full-screen mode, the brand draws the users attention. So this format is perfect for maximum exposure and reach.

Much like Instagram, users can browse through content on the platform and see what other people are posting. In-feed video advertising consists of native videos which appear whilst users explore posted content. This type of video is up to fifteen seconds long, is full screen, and can also have a musical background. This type of advertising is ideal to gain exposure and call users to action since there is a CTA section you can use to redirect people towards a specific website page or hashtag challenge.

Topview is a brand new video-based ad format that presents the brand when the app opens, thereby reaching a wider audience. TopView has the same effect as a Brand Takeover, with the difference that videos such as In-Feed-Video can be used as advertising material. First global tests yield better results and could significantly increase video views and engagement.

From creative face filters to animated objects, users can radically change their environment with their smartphones. TikTok offers the possibility to create and use 2D, 3D and Augmented Reality (AR) for the platform.

With Branded Lenses, users can interact with the brand and play with it by using their filter. The lenses promote the consideration to buy and allow users to test products. By integrating Branded Lenses into a hashtag challenge, a stronger bond to your brand and products can be promoted.

Similar to Instagram, there are also TikTok influencers with a huge number of followers. These influencers create content in their own personal style to inspire their fans. Thus, much like Instagram, there’s an opportunity for brands to partner with an influencer to gain exposure. The trick is choosing the right influencer to reach the target demographic which matches your brand. However, in select locations, you need to organise influencer partnerships via the app itself.

Should everyone do it?

Tik Tok is a great application to reach Gen Z. The ad formats are similar to other social media platforms. Therefore, marketers are not delving into unchartered territory. Not one mentioned technique is better than another, instead, a combination of multiple will give you the most results. From creating a challenge to partnering with influencers, the platform has multiple opportunities for brands looking to connect with the next generation.

How to catapult your brand with TikTok Advertising

Clubhouse – why the hype?

How luxury brands can use marketplaces as a marketing platform