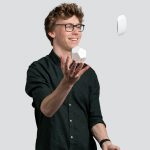 Navigating social media, in general, can be daunting. However, COVID-19 has changed the way consumers behave online, from the platforms they use to what they need from brands. This has left many companies feeling uncertain as to how to act during this crisis. Should they remain silent or shout their message loudly from every possible social media platform? While there is no right answer, there are a few faux-pas which can easily be avoided.

What does social media entail?

Let’s start with the basics. When you think of social media, probably Facebook, WhatsApp and maybe even TikTok come to mind. But that’s only part of the picture. Social is not only about the platforms nor it is even about talking to people. It’s about talking with people and sharing moments, but also being ignored if your message isn’t interesting or comes off as too salesy. So when creating content for social media, ask yourself: “would I say this or share this with a friend?” If the answer is yes then most likely you can go ahead and post the item in question. However, if the answer is no then it might be better to revisit whatever you’re about to post.

Currently, the world is changing at a very rapid pace. On a daily basis, there are new developments and regulations. This can make it difficult for brands to keep up. But ignoring these societal developments can be detrimental for your brand and render your product or service obsolete. For example, Corona beer decided to push through with their launch of a new product at the end of February with the tagline “Coming ashore soon”, a campaign which advocated drinking this product on a beach which can be problematic when travelling is not possible for most people at the moment. Also, weeks later, the company pinned a tweet which stated “The best view is with a group of friends”. At a time when most world leaders are urging people to stay inside and maintain social distance, advocating people to gather together to drink beer does not reflect today’s society nor will this message resonate with today’s consumer.

So don’t continue your marketing strategy as if nothing has happened. Instead, look at your current and planned campaigns and ask yourself whether they advocate a behaviour that isn’t appropriate at the moment. If so, it might be wise to pause those campaigns for now. In fact, plan for the worst-case scenario, like this your brand will be as ready as possible whenever new developments or changes occur.

Once an analysis has been done of your current campaigns, adjustments and changes might need to be done. However, when changing campaigns, acknowledge the current situation but do not force relevancy. There’s no need to piggyback on the current conversation and force your brand name into it. For example, Coca Cola has created a new logo which showcases social distancing via letters which are more spaced out than usual. The message behind this is a noble one but it feels forced. Their offering has little impact on anything that’s currently happening. Now, most brands will have to adapt to the current situation but you can be smart as to how and what you communicate. From live Q&As to one-on-one video tutorials, technology easily enables brands to stay top of mind and relevant.

Show that you care

Currently, many people are seeking comfort and support when going online. Brands now have the opportunity to show their target audience that they truly care about them while keeping their brand visibility high. For example, Nike has decided to offer all of its workout and health-related content for free to better support the millions of people who are looking for ways to maintain their health and exercise routine whilst working at home. The brand has dropped its subscription fee for its NTC Premium service and recently added content about mindset, nutrition and recovery to its social media channels. Lastly, the brand also revamped its slogan to better fit the theme of social distancing which now says “Play inside, play for the world”. This 360-degree shift from Nike not only feels like a gift, but it’s also proper branding.

These are troublesome times and brands are forced to adapt quickly. However by avoiding easy missteps such as ignoring the current reality and forcing relevancy and instead, preparing for the worst, using existing technology to your advantage and showing people you really do care brands can survive and even thrive on social media. It isn’t easy, it comes with extra challenges, but it is in moments of these that creativity is key.