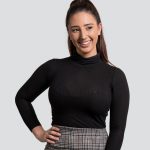 Meet Angelo – Senior Digital Consultant at DEPT®. Here he shares his journey into the world of digital and what you can expect from working at a global digital agency.

My journey into digital

It all began when I studied advertising at Temple University in Philadelphia. At that point, I didn’t have much idea about the direction my career would take, but I thought advertising could be a non-corporate, creative industry to get into.

After graduating, I moved to Rome, where I lived for 3 years. This is where I really took an interest in digital marketing, however it was pretty difficult to make a career out of it there. So I did the logical thing and went travelling around Asia for six months with my girlfriend!

It wasn’t until we came to Manchester that I managed to really get into the industry. My first job was as an Operations and Membership Executive at Manchester Digital, which opened the door to the scene here. Fast forward a few years, I joined e3creative as an Account Manager, which was super exciting as it had recently been acquired by DEPT®. And the rest is history!

Life as a Senior Digital Consultant

Digital Consultants work across all the clients we have here at DEPT® and with all the teams in the agency. This has to be one of the most exciting things about my role as I get to be involved in most touchpoints of a project lifecycle and I get to interact and build relationships across the agency.

The digital consultancy team is responsible for owning and developing client relationships. We work with them and the teams across DEPT® to create and deliver a digital roadmap that delivers against their business goals and requirements.

We also act as the internal client. This is a key element of my role, ensuring that the work we deliver is at the highest standard possible and that we’re meeting and exceeding our client’s expectations.

Variety is what I love most about my job and my days at DEPT® are definitely varied. It completely depends on which clients and projects I’m working on at the moment.

One day could be filled with collaborative workshops where we’re working with Product Owners and UXers to deep dive into user experience. The next I could be getting my head down to focus on a business case to justify the need for a client to replatform CMSes.

I love that we’re constantly pushing boundaries with clients, working on projects such as 3D web design and NFTs. It’s great that I have so many colleagues to bounce ideas around with, which keeps me inspired and engaged.

As my background is in digital marketing, I’ve learned an immense amount about website development, from experience design through to the underlying technology that enables the rich digital experiences that we build.

And I’m currently in the final stages of a project to launch an industry-leading e-commerce platform, which is amazing to say!

What excited me most about my role is working with DEPT® colleagues to create and deliver unique, game-changing solutions for clients.

For a global agency, DEPT® manages to maintain authenticity and culture across the organisation. And it didn’t loose sight of this throughout the pandemic.

The agency was (and is) so supportive, providing funds to kit out our home offices and hosting frequent virtual events that ranged from a virtual ‘Lock Inn’ on Friday evenings where we could share a drink with colleagues to pub quizzes hosted by drag queens. In 2020, our DEPT® Festival had to be hosted virtually, but it was still out of this world! Despite being online, DEPT® managed to bring Depsters from across the world together and made us feel part of something special.

There’s also always help on hand or someone to talk to for those who need it.

At DEPT®, I feel empowered to speak with anyone up to the MD without fear of being ignored and I feel appreciated. My voice is heard and I know that I can contribute to change.

Looking to explore new opportunities? Take a look at our open roles and join our growing team.