Driverless cars: From fantasy to reality 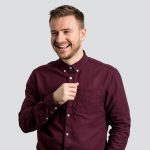 This year’s enhancements to Tesla’s Autopilot system, coupled with the company’s statement that all of their future cars will be fitted with self-driving capabilities, could make 2016 the tipping-point for driverless cars becoming a reality.

This post explores the history, benefits and challenges of mass-producing autonomous cars, as well as looking at forecasted dates for public release.

From concept to reality

The concept of driverless cars is not new; we’ve been experimenting with the idea of autonomous vehicles since as early as the 1920s.

Early work in the space was purely conceptual, theorising what a driverless car could look like without the underlying technology to support its inception.

In 2011, Google started to become actively involved in the space. With the aim of producing the first fully automated vehicles to operate without human control, Google modified existing vehicle chassis (Lexus RX450h and Toyota Prius), with the autonomous driving technology. It successfully experimented with ‘Google Cars’ at its silicon valley headquarters, before road testing in Nevada in 2012.

More recently, interest in driverless cars has been steadily on the rise, as technological advancements have increased the likelihood of it becoming a reality.

Benefits of entrusting driving to a machine

The concept of driverless cars promises to deliver many economic and societal benefits.

Handing over control of our cars to advanced computer algorithms could ensure that we are always navigated from point A to B on the safest, most efficient route possible.

With automatic rerouting and steady acceleration and braking, we should start to see an end to heavy congestion in densely populated areas, as cars are distributed to the fastest available routes.

Furthermore, the less time we spend in our vehicles, the less carbon emissions are being spread within the environment, resulting in better air quality in built-up cities and a reduction in global warming.

In addition to efficiency and environmental gains, the most significant benefit comes in the form of increased safety of both passengers and pedestrians. Handing over decision making to self-correcting algorithms that are capable of lightning-quick computations, promises to deliver a dramatic reduction in the number of deaths and injuries caused by road traffic collisions (RTC/s) as a result of human-driver errors.

Consulting firm McKinsey & Company reported that autonomous vehicles could eliminate 90% of all auto accidents in the United State and prevent up to US$190 billion in damages and health-costs annually.

At the time of writing, Google’s fleet of 60 driverless cars have reportedly clocked up over 2 million miles across the United States. In these road tests, Google always has test drivers in the vehicle ready to take over should the car not be driving safely or smoothly enough. All tests have, therefore, taken place in controlled situations with Google employees, far out of reach from the hands of the general public.

Whilst Google was busy tinkering with its Google car, a new automotive disruptor arrived on the scene in 2008, with an aim to radically shake up the motor vehicle industry.

Following their successful Model S release in 2012, Tesla started to focus its attention on the upcoming Model X, together with its ‘Autopilot’ autonomous driving capabilities.

Autopilot was introduced to the world in October 2014 with an over-the-air update available to all Tesla cars manufactured between 2014 and 2016, including the Model S and Model X.

Autopilot provided Tesla drivers with semi-autonomous driving and parking capabilities for the first time. Since its initial release in October 2014, Tesla drivers have received a number of firmware updates of additional features.

The National Highway Transport Safety Administration (NHTSA) currently classes Autopilot as a level 2 Advanced Driver Assistance System (ADAS). In essence, this means the auto pilot system is designed to assist a driver in control of the vehicle, rather than being a fully-fledged autonomous system.

At the time of writing, Tesla’s Autopilot technology is able to keep the vehicle in its lane, manage its speed, steer and park itself. This is achieved by a combination of 8 cameras providing 360 visibility, 12 ultrasonic sensors and a forward-facing radar system that constantly maps the surrounding environment.

How far are we from fully autonomous driverless cars?

While the public release of Autopilot is a giant leap forwards towards the release of driverless cars, we’re still some way from a reality where a car can safely navigate itself from point A to point B without human interaction, while complying to the NHTSA’s level 4 classification.

Elon Musk has claimed that by the end of 2017, Tesla will release a car that can drive itself from Los Angeles to New York without human intervention. Analysts expect this release to coincide with the release of Tesla’s highly anticipated Model 3, which is believed to be the company’s first mass-market electric car, with a rumoured price tag of £30,000.

One could forgive the industry’s skeptical view of this announcement. Musk, by his own admission, missed the original estimated dates for both the Model S and Model X by some distance.

Speaking on the Automotive Stage at Web Summit 2016, a panel of transport experts stated that they believe it will take 3-5 years before driverless cars are considered the norm. The belief of the panel is in-line with claims from other car manufactures such as Ford and Google, who have targets for 2019 and 2021 respectively.

What are the key challenges ahead?

The biggest challenges towards driverless cars are the cost of the technology and supported laws and regulations.

The LIDAR sensor used in Google Cars that powers the fully autonomous driving costs, on average, $70,000 – a hefty price tag to put on an already expensive motor vehicle. There are also technological challenges to overcome with how the AI can realise temporary road works and small lying debris.

Laws and regulations will be under much more scrutiny going forwards, what with the first death caused by autonomous driving happening in 2016.

One thing is for sure, whilst Musk’s claims for the end of 2017 seem optimistic, we can expect to see mass-produced, driverless cars on the public market in the not too distant future.