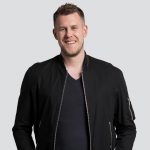 In the UK, Manchester’s level of digital innovation is second only to London. There’s over 8000 tech and digital organisations, each contributing towards a total of £4bn in GVA to the region’s economy. The beginning of the metro mayor system in 2017 has led to increased devolution across the UK’s cities, giving Manchester the opportunity to determine its own digital future. Key to this is its rebirth as a ‘smart city’.

Smart cities are sprouting up across the globe. European capitals such as London, Paris, Copenhagen and Amsterdam are seen as standard bearers, alongside east and southeast Asian cities like Tokyo, Seoul and Singapore. Canadian cities are getting smart too; Montreal, Vancouver and Toronto are all spurred on by the Canadian Smart Cities Challenge.

What’s interesting, is that while smart cities are appearing across the world, there is no global understanding of what defines a smart city, the necessary constituents and how it is run. One broad principle joins each one, the idea that devices around the city will be connected to better link and implement findings from data collection. A city for the Internet of Things age. But at this point, each city, region and country diverges. Is a smart city necessarily sustainable? What is the level of governmental, corporate and public control of the city? Should smart city spaces be publicly or privately owned?

Different models emerge, each with their own challenges and opportunities, though each city’s approach reaches a similar balancing act. At some point, corporate solutions, government targets and public needs have to align. Difficulties arise when this consensus isn’t achieved. Toronto’s partnership with the Alphabet owned Sidewalk Labs led to the #BlockSidewalk campaign, a public response to the thorny area of data ownership. In the UK, similar concerns have made the news around the government’s partnership with Huawei, enabling the Chinese network to build a 5G network in the UK.

A key point of discussion in the working group was the idea of government, corporation and citizen-led smart cities. Of the various approaches discussed, Vancouver’s focus on engagement and access was certainly the preferred option. The ‘Vancouver model’ saw the city organising meetings at schools and public spaces that residents can easily reach, based around the principle that it’s not the citizens that are hard to reach, it’s the smart city initiative.

The approach taken by Barcelona featured in the discussion as a successful application, particularly their effort to educate people across the city. This follows the notion that there can be ‘no smart city without smart citizens.’

What are the ethical concerns and opportunities?

The clearest and most common point of contention was data ownership and use. What is collected, who owns it, who can access it, and how is it used? This builds into issues around stewardship and trust, the classic ‘who watches the watchmen?’ idea. Who gets the watchmen to appear in court when they repeatedly break the rules and are headquartered in another country?

Around the topic of public vs private involvement in building a smart city, the difficulty of governments, particularly at a regional level, to keep legislation up to date with current technology proved to be a particularly difficult area. Already, cities face issues around disruptive industries changing how the city is used. We see this particularly around transport; the difficulty of regulating a new business like Uber across a large city like London, or the challenge electric scooter rental companies like Bird pose to pedestrians. The speed of technological advancement makes working with companies on regulation from the outset an absolute imperative for any smart city initiative.

The idea of consent was also frequently mentioned, with the idea of  ‘real life cookies’ and the inability for certain city visitors to consent to data collection and use, such as minors. Consent is also a challenge as original intentions of smart city technology morph into new applications. What if data collected to improve public health begins to be used for marketing? Do city dwellers consent to the technology, or to its first use?

In terms of opportunities, the key ethical opportunity and solution to many of these concerns is to establish more transparent processes. A glass box approach for both private and public models, with a focus on open source technology.

It would also create a system of accountability that, designed and communicated in an accessible way, would empower each member of the public as a smart city stakeholder. This naturally leads into the second group talking point: how to engage and consult the general public and understand their everyday needs.

Consulting and communicating with the general public

The clearest challenge was to engage people in the city both online and offline. A digital-only approach only serves to disconnect people that are severely impacted by the growth of a smart city.

Consultation always presents a challenge around the idea of wants vs needs. Summed up by Henry Ford’s “if I had asked people what they wanted, they would have said faster horses,” smart city initiatives must work to understand people’s needs. To this end, it’s important to take a problem-first approach, rather than starting with a list of possible solutions. The tech agnostic starting point allows the root cause to be addressed.

The idea of active and passive consultation was a key topic of discussion. Part of the aim of the smart city is to connect existing data points. These data points can be useful in building an understanding of what a city needs to develop, in order to better serve its residents and visitors. If we think of how Ikea plans the flow of its stores (a one way system full of small shortcuts), it is informed by passive consultation; watching how people use the store, rather than asking which department the customer went to next after putting bedding in the trolley.

Engagement is a major obstacle. The NIMBY attitude was mentioned, whether the public would only show interest in smart city technology that directly affects their life. We already see a reduced level of interest as politics moves to a more local level. In the 2019 General election, turnout in Manchester Central was 56.9%. In Manchester’s 2017 mayoral election, turnout was 28.9%.

Smart city initiatives take time. These long term projects require multiple consultations, leading to inevitable consultation fatigue. Those running the initiatives must show progress from each consultation to the next, and that the responses received have been listened to and applied. There’s nothing worse than being asked for input by someone that disregarded the advice last time.

Engagement and consultation leads us back to the idea of stewardship. Consultation naturally evolves into stewardship; it’s easy for an initial contact point to enter a position of long term responsibility. In discussions around what the initial contact points could be for communities in Manchester, the groups repeatedly returned to charities and government organisations, showing the challenge corporations face in establishing themselves as responsible representatives.
There is a clear need for interactive and accessible communication as Manchester looks to establish its smart city identity. As a non-physical concept based on fresh technology, it can be hard to visualise and understand what a smart city is. Interactive modelling is useful, CityVerve is an early forerunner of this principle.

Personalising the smart city is also an indisputable need. If the meta game is ‘I don’t care, it doesn’t affect me,’ Manchester needs to relate the potential changes directly to each individual experience. The consultation phase will reach small organisations and communities, therefore the explanation and promotion should target small organisations and communities. Hull’s ‘binfrastructure’ (the city council working with Cisco to improve waste collection), was discussed as a reference point,.This approach took a smart city solution and made it relevant to issues discussed on the doorstep.

With no codified definition of what a smart city entails, and with Manchester’s increased autonomy as devolution increases, there is an opportunity to establish a distinct identity as a smart city.

The major challenge here is language. While the handler of the smart city initiative can build a vocabulary around the project, all control of smart city semantics is lost.

Phrases are easily and quickly adopted around new technology (think of phrases like ‘I’ll google it’ or ‘are you ubering?’) Smart city stewards must work with the flow of language around the project, guiding it where possible.

We must also consider how the project is interpreted. As Cesar Hidalgo says, “people judge humans by their intentions, and machines by their outcome.” The smart city is a machine and will be judged on the merits of the solutions it provides.

What can smart cities provide in a period of crisis?

Since the session, cities across Europe have entered a state of lockdown to protect citizens from the spread of coronavirus.

Crisis puts a strain on public infrastructure and private business, and it transforms public behaviour. A single cough on the London underground turns a crowded carriage into business class. On a daily basis, we are seeing the knock-on effect across the cities we live and work in. And we can start to see how smart city technology is helping, and could help in future crises.

China, home to hundreds of smart city projects, has used smart city technology to combat the spread of the virus. By connecting healthcare data with apps such as DingTalk or Alipay, individuals can report on their own symptoms, allowing the healthcare system and city managers to better track the spread.

As citizen behaviour changes, the understanding of how the city functions also changes. Traffic and transport tracking software can quickly give the local government a comprehensive understanding of how the city is now being navigated. Connected data modelling also allows easier sharing of data between other affected cities, supporting a concerted effort to protect the public.

In ‘Smart city in crisis: Technology and policy concerns,’ the researchers discuss the application of smart city technology to manage the energy supply in a period of crisis, connecting clean energy power sources to areas with increased power demand. In the USA, smart city technology has been applied to cities affected by hurricanes, a major threat to housing. Tracking relocation and using crowdsourced mapping is a novel approach to reformulating the city following a disaster.

The goal of the smart city is to connect the general public, government run services and private organisations to create an efficient operation that provides key services for everyone involved. In times of calm and times of crisis, this technology can transform what the city offers to residents, visitors and workers. There is a real opportunity here, as Manchester grows as a digital hub, to lead the country in its application of smart city technology, the process and principles.