Optimizing CloudFront from a Sitecore perspective

Contact our Strategy Director Jonathan Whiteside if you want to know more. He'll be happy to help you!

Recently we’ve been doing an extensive amount of work with both AWS and Sitecore, with site performance and reliability being the main aim. This led us to unravel how we can use CloudFront as a CDN, by offloading as much as we can over to it. As such, I thought I’d write up a few of the tips I picked up along the way, relating not just to Sitecore, but CloudFront in general.

This is probably the golden rule when implementing systems like these, since you don’t want to be trying out new settings on a production instance. I’ve seen many implementations where people try to spend a bit less by not having the infrastructure of the test environments match that of production. While they don’t need to be of the same scale, the setup should be similar. This carries over to CloudFront, where a test distribution is probably the only way to reliably test new CloudFront behavior settings, as well as new functionality in your webapp coexisting with CloudFront.

The cache statistics page should be your first port of call when testing or debugging your CloudFront distribution, as it provides very useful, detailed statistics on how well your distribution is working. With time, you want to be aiming for a hit rate above 99% for your assets to maximize the efficiency of the cache. Tweaking the behavior settings for your distribution to achieve this can be somewhat of a trial and error process, since every webapp has different requirements. As a starting point, I’d recommend leaning towards anything that improves caching, then adapting based on testing your implementation. 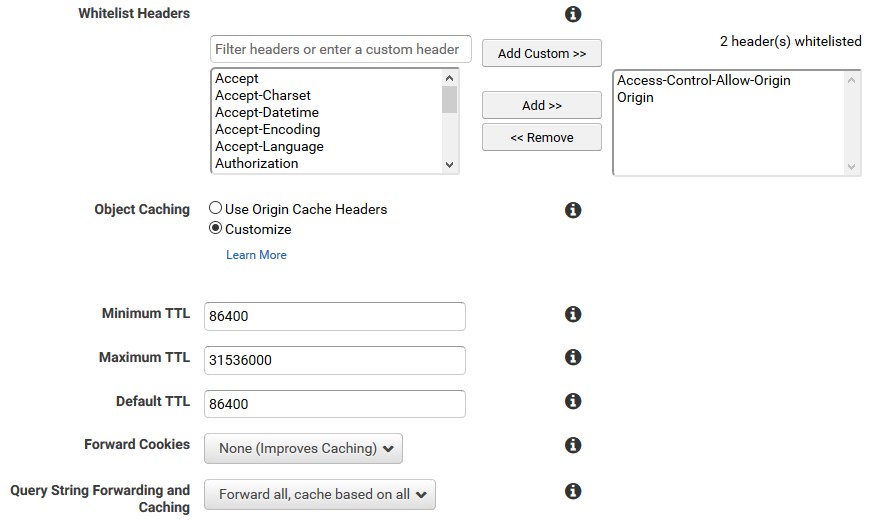 This is done by simply right clicking on the column names in the network tab, selecting “Manage Header Columns…” and adding a custom column called “x-cache” which is the header that CloudFront returns. 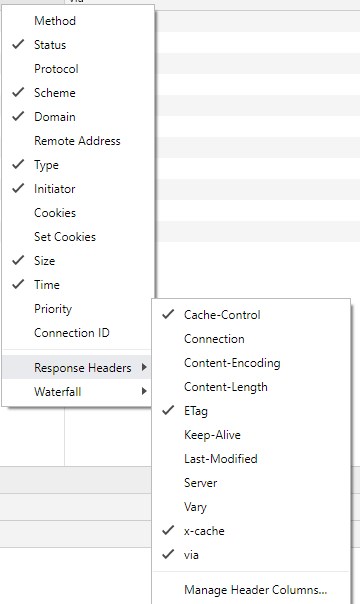 Sitecore  has its own HTML caching functionality and you should lean on this heavily for pages instead of using CloudFront. Otherwise functionality such as A/B testing, personalization and even publishing won’t work correctly. But aside from this, practically everything is fair game.

Questions? We are here to help!

If you're reading this, you unfortunately can't see the form that's supposed to be here. You probably have an ad blocker installed. Please switch off your adblocker in order to see this form.

Still encountering problems? Open this page in a different browser or get in touch with us: [email protected]

Why CX is more important than price

The touchless future of retail

Full of inspiration about the latest trends, projects we are proud of and much more that makes our digital hearts beat faster.

At Dept, everyone should feel welcome and feel free to be themselves. This is at the very core of our values. To make the website user experience as easy and personal as possible, we make use of cookies. We also use them to ensure we and third parties can serve advertisements that are relevant to you.
Change cookie settings