When to use .NET for product development 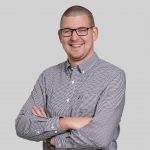 .NET is a platform backed by Microsoft that gives developers the freedom to create several products, from desktop applications to small IoT devices.

These products, while different in function, all share a common foundation. This common foundation makes it easy for developers to switch between projects since they have a knowledge set that can be reused.

Being backed by Microsoft also means that there are resources dedicated to continuously developing the platform so it doesn’t become outdated. This development also applies to .NET developer tools, which are some of the best.

Some consider .NET to be outdated, but over the past few years, Microsoft has been recreating .NET as an open-source platform that can target multiple operating systems. This open-source strategy has benefited the platform with modernization for optimal performance.

It uses the popular C# language and is well positioned to beat Java (its main rival) for dominance of the enterprise software development space, and arguably has already achieved that.

C# has a beautiful syntax that is readable, maintainable, and performant. Combining this language with .NET allows you to build scalable performant applications quickly and target them to several platforms with excellent tooling and support for continuous integration and deployment.

Microsoft has renamed .NET Core to simply .NET from version 5 onward (avoiding any confusion with .NET Framework 4.x) as another sign signaling that it will be the future for Microsoft.

If you are starting a greenfield development project, consider .NET

.NET allows you to target multiple platforms, which streamlines your development. When development is straightforward for your developers, it’s easy to reach users across a wide range of devices and technology (Windows, Linux, and macOS ).

The tooling and modularity within .NET help accelerate your product’s development and ensure that you have an excellent foundation for maintenance and enhancements in the future.

.NET features high-performance and scalable systems, which makes it a great choice for backend systems.

.NET Framework refers to the legacy version of .NET (up to the latest 4.8). This had dependencies on Windows OS which made it obsolete as other operations systems became more popular (e.g., macOS)

.NET Core was a reimplementation of .NET that wasn’t dependent on Windows OS. .NET dropped the “Core” naming convention after version 3, and version 4 was skipped to avoid confusion. As such, what would have been .NET Core v5 became .NET 5 (the latest .NET version is 7.)

When you should use .NET framework vs .NET

This mostly comes down to how much existing code you have and what its future looks like.

If you already have an existing application using .NET Framework, then migrating to .NET might require rewriting some of your code and potentially re-architecting. It may be preferable to do a phased migration where you can isolate the responsibilities of your application and reimplement them in .NET to be consumed by your existing legacy .NET Framework code, and migrate more and more over time.

One other aspect that may be overlooked is language support. For example, VB.Net is not supported by Razor pages in ASP.NET Core, so if your team has limited experience outside of Windows OS, WebForms, and VB.Net then you might decide to stick with .NET Framework until you can address that skill set mismatch.

The most famous .NET product is Stack Overflow and its family of web applications, which is a Q&A forum for developers to ask and answer questions about a variety of topics.

Stack Overflow demonstrates how .NET can scale since it serves an audience of over 100 million per month.

Here at DEPT®, we have used .NET to implement a DXP (Digital Experience Platform) for Omron Industrial Automation. By using .NET, we were able to evolve their digital offering with a streamlined development process, more capabilities for enriching content and personalizing the user experience, and abstraction of 3rd party technology providers. Omron saw more control over partner technologies and improved ownership for individual providers.

If you’re curious about .NET and how it can improve your products, reach out to the .NET developers at DEPT®. We can extend your team, take ownership of your next .NET project, or consult on how to accelerate your .NET product.