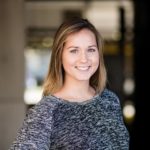 What product managers should know about vendor lock-in

Just last year, we helped a partner build a portal for their users and partners.

At the time, they were an Amazon Web Services (AWS) partner, and because of this, they decide to go all-in on the AWS echo system, serverless, Cognito, Redshift—you name it, we used it.

Fast forward 18 months into the future and they were on the verge of striking a strategic deal with a massive new partner, but there was a catch.

Running on AWS was a showstopper. The product owner came to the meeting and announced that we had to migrate to Azure within three months…yikes.

It was a painful meeting as we explained the challenges and why three months was not feasible.

Because we had used so many off-the-shelf features provided by AWS, we had been able to ship an amazing product faster than otherwise would have been possible, however, we had now fallen into the vendor lock-in trap.

This story of vendor lock-in is common

Vendor lock-in is exactly what it sounds like – when your team is stuck with a specific vendor because it is too expensive or time-consuming to migrate to another.

In fact, many vendors want to lock you in. After all, if you can’t migrate, they can increase revenue through higher and higher service fees.

And while many product managers will push back and try to make it work, the fact is that it’s so expensive and time-consuming, that few products can really take it on. Instead, they’re locked in seemingly forever.

To prevent that from happening, here are the essential things that product managers should know about vendor lock-in.

If you’re a startup or experimenting with a new product, you likely don’t have the resources available to be tech agnostic. You need to rely on automated services to reduce your expenses and get to market quickly.

For example, long gone are the days of companies setting up their server farms. Today it isn’t a question of whether or not to use a cloud provider, but rather which cloud provider to use.

If this scenario is you, you should ask your team “What would happen if we wanted to move off this vendor?” and understand the plan for this.

How to mitigate a lock-in

For product managers, asking the right questions is most of the battle. Educated decisions are your best weapon against vendor lock-in.

Whenever you choose a vendor – always ask your development team “what is the migration process for this?” Migration ability should never be the sole reason to go with one vendor over another, but always factor it in.

From a technical point of view, abstraction layers are one of the easiest ways to maintain flexibility.

It’s fairly simple. As your development team writes APIs, they include a layer that keeps them separate from the vendor.

Leveraging technology like Docker is a great way to ensure that your code is portable to a multitude of platforms. For example, one path we often encourage startups to pursue is to dockerize the application and deploy it on a PaaS solution (platform as a service) such as Heroku.

As your product matures, your system often becomes more complex, eventually making the case to migrate to an IaaS (infrastructure as a service) solution such as AWS. Since the code is already containerized via Docker, this migration tends to be trivial.

During product discovery and road mapping, you consider all sorts of new vendors and third-party integrations.

Research all your platform options to understand the migration process. For example, will the vendor make it easy to export all of your data and source files? If you understand your potential migration plan from day one, your team will be in a good spot.

Need help in selecting vendors or creating a product strategy? Our product and engineering teams have experience across all platforms and tools and can explore what’s best for you.

Why professional sports are winning Web3

5 conversations every CMO & CTO should have

Are NFTs bad for the environment?