The challenges of a headless architecture in e-commerce 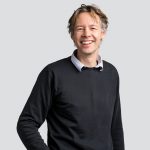 The headless approach empowers organizations to create custom front-end experiences that accelerate e-commerce success, but it also comes with responsibilities.

You need to build from scratch, which requires vision and ongoing development. The biggest pitfall of going headless is doing it blindly.

Going headless sets you back about 30% in functionality

The headless approach has been around for some time, but its adoption only picked up momentum when BigCommerce in 2018 and Shopify in 2019 started promoting and educating excessively.

However, these benefits do not come out of the box like a software product, they require development. Compared to a full-suite solution that covers the essential features, going headless sets you back about 30% in functionality.

Integrating a headless CMS to a front-end application simply takes time to develop, which increases the overall solution time-to-market. It’s not as quick as deploying a full-suite solution. And this is where going headless is causing headaches

For non-technical people, headless offers the creative freedom to create unique experiences and the ability to enter new markets and channels quickly. When marketers hear headless, they think CX, innovation, speed and scale.

Technical people see a separation of concerns that allows for a customized front-end and therefore, requires a lot of development work. Where marketing expects to be present on many exciting new channels quickly, the IT department has to point out all the resources required to get there. The front-end layer has to be built from scratch – and maintained. This requires either an in-house development team (a larger IT team) or a system integrator.

The complexity of going headless can be overwhelming, especially for smaller brands and retailers with fewer development capabilities. When the front end is customized, there is typically no WYSIWYG editor for the marketers. This lack of seeing how the content will appear to the customer negatively impacts the brand experience. Minor changes on dynamic pages, like changing a banner on a landing page, may require custom development.

Some organizations are reported to need several months of preparation to run their seasonal campaigns due to IT dependency.

Developers get a lot of requests for managing the front end, which affects their IT roadmap. As the number of “heads” and “bodies” grows, so do the dependencies they rely upon. Without additional IT resources, all of the potential power and flexibility that headless can offer will be out of reach. This seriously impacts the company’s hard-sought ability to innovate.

In 2021, 75% of executives ranked innovation as a top-three priority for their company. With a jump from 65% in 2020, this is the largest year-over-year shift seen in 15 years of BCG’s Most Innovative Companies survey.

Headless is not a solution, it’s a starting point

The choice of headless is an IT decision that should come from the IT department to address the challenges IT has in enabling e-commerce. In the following scenarios, headless is a solid choice to consider:

While these scenarios represent marketing challenges, note that most of these are typically faced by larger organizations with deep pockets and vast IT resources. Headless is foremost a developer-oriented architecture. However, mid-level organizations with fewer development capabilities are now also running into these challenges and are considering the headless approach. This coincides with the development of efficient solutions that help tackle the headless problem.

Commonly known as a progressive web app, or PWA for short, this web application can work both as a website and a mobile app on any device, even offline.

It’s an all-in-one solution that takes away the hassle of developing, distributing, and installing separate mobile apps. PWA offers a user experience that is fast, reliable, and engaging regardless of the device used – making it an ideal head for a headless architecture. From a tool to realize mobile storefronts, PWA evolved into a single codebase for mobile, desktop and tablet. When a PWA integrates with headless commerce, it’s called a headless PWA.

While the history of PWAs goes back to 2000, it was only in 2015 that they got their name when Google introduced PWAs as a new standard in web development. In the same year, the software company Mobify launched its first PWA for mobile. Desktop soon followed, which led to Mobify’s Front-End Platform as a Service for headless commerce architectures. At the same time, the software company Divante developed a PWA for Magento and later for commercetools.

From PWA to composable

In 2020, the Divante initiative split into a new company called Vue Storefront while Mobify got acquired by Salesforce and became the B2C Composable Storefront. This falls in line with the trend of commerce platforms expanding their offering with a headless solution, with Magento offering PWA Studio and commercetools acquiring Frontastic in 2021.

All these solutions go beyond the original mobile premise of PWA and include the integration and orchestration of many tools and solutions. And that’s where headless commerce becomes composable commerce: the approach in which every component of the commerce experience can be defined on an atomic level.

Read What is composable commerce? to learn more about the composable approach or download the whitepaper The Ultimate Guide to Headless and Composable Commerce. In this extensive guide, you will learn how the composable architecture builds on the headless approach and puts marketing back in control of the front-end experience.

How to consolidate your tech to reduce costs & improve efficiency