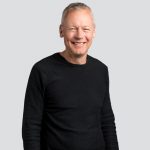 Elon Musk is an excellent contemporary example of a visionary with a strong vision, mission and strategy. In essence, his vision is that humanity can only survive by living on more than one planet. His mission is to get people to Mars and to demonstrate that it is, in fact, possible to live on other planets. His strategy is to use his aerospace company, SpaceX, to develop the rockets and resources needed to fulfill his mission. This is a rather simplified explanation of what he is trying to achieve, but I’m sure that the message is clear enough. Moreover, there are more examples of visions of powerful companies with incredible market values:

Shell: Shaping the energy future
Philips: At Philips, we strive to make the world healthier and more sustainable through innovation
Audi: We have the potential to revolutionize mobility.
Alibaba: We envision that our customers will meet, work and live at Alibaba

DEPT®’s vision is that technology is connecting people to each other, and people to brands, at an extremely rapid pace. This lays the foundations for our mission, which is to build positive connections between all these people and brands. Our strategy to fulfill our mission is to connect the best digital talent to DEPT® that we need to produce the best work for our clients.