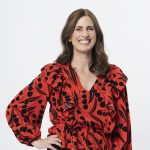 On October 6, DEMO – Design in Motion Festival –  will take over 5,000+ digital screens across the Netherlands to showcase the best motion design work from across the world. After receiving over 5,300 submissions, this unique, public exhibition of creative work will feature 815 moving artworks by designers from 54 countries.

DEMO 2022 is the second edition of the festival that took over all digital screens at Amsterdam Central Station for an entire day in 2019. This year, all of the Netherlands will be turned into an open-air exhibition, with all digital screens at train stations, metros, motorways, petrol stations, airports, shopping centers, and streets showcasing moving artwork for 24 hours. Tours will be organized in Amsterdam, Rotterdam and Utrecht, where designers will provide explanations of the works. In the Royal Waiting Room at Amsterdam Central Station, a seminar will take place about the role of and importance motion design in this digital age.

The program on all screens has been divided into nine themes, including ‘Happy Hour’, ‘Better than Real’, ‘Stranger Things’ and ‘Type Only’. The themes will be alternated by ‘takeovers’, during which the motion work of one designer will be highlighted simultaneously on all screens.

All day, there will be tours at Amsterdam Central Station, Rotterdam and Utrecht, during which groups will be guided past digital screens by a motion designer explaining the work. The public program and tours are free of charge.

DEMO is an initiative by Studio Dumbar/DEPT® in collaboration with Global. The digital screens were generously made available by Out of Home operators in the Netherlands. See demofestival.com for full details.

How to consolidate your tech to reduce costs & improve efficiency