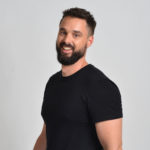 DEPT® teams up with WWF Adria to mark Earth Hour

DEPT® has teamed up with WWF Adria, Bruketa & Žinić & Gray and Go2Digital to launch a campaign highlighting the rapid rate of animal extinction.

Taking place on the last Saturday of March when Earth Hour is celebrated across the world, the campaign saw digital screens across Croatia, Bosnia and Serbia being taken over by WWF’s stop clock, featuring endangered species.

“If we want nature to recover, we must act immediately”

According to the latest State of the Planet Report published in September 2020, the size of populations of mammals, birds, fish, amphibians and reptiles has been reduced by a worrying 68% since 1970. This is a consequence of the expansion of global trade, consumption, population growth and accelerated urbanisation, as a result of which species lose their habitats or are hunted and become extinct.

“Our relationship with nature has been damaged. The accelerated destruction of nature, as a result of human activities, has catastrophic impacts not only on wildlife populations, but also on human health and all other aspects of our lives. We lose one species almost every hour in the world. Our time is running out and if we want nature to recover, we must act immediately,” warned Nataša Kalauz, Executive Director of WWF Adria.

Featuring endangered species such as the Balkan lynx, monk seals and cave salamanders, the campaign graphics included a countdown clock, developed by DEPT®’s team in Croatia, representing the fact that a species becomes extinct every hour. “As a certified B Corporation, DEPT® is committed to becoming the best agency in and for the world. We are extremely proud to be part of the Earth Hour initiative and to be drawing attention to the impact of biodiversity loss on the planet,” said Ivan Blažević, Managing Director of DEPT® Croatia.

DEPT® is recognised as a Best Workplace in Europe